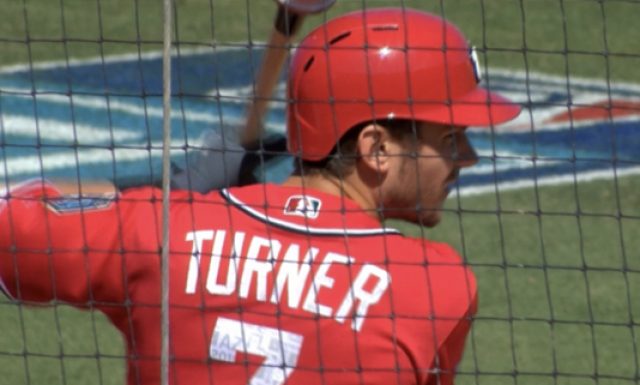 Houston, TX (CBS12) — The Major League Baseball pride of Lake Worth is now a World Series champion. Former Park Vista star Trea Turner, along with the rest of the Washington Nationals, are celebrating the first ever World Series win in franchise history after a 6-2 game seven win over the Houston Astros. The World Series featured both teams that hold their spring training in West Palm Beach at the Fitteam Ballpark of the Palm Beaches.

Turner adds to his impressive baseball career with his part in this World Series victory with the Nats, having also played in the Final Four as a star on the NC State baseball team. He was only lightly recruited out of Park Vista High School, where the head baseball coach Larry Greenstein always saw something special in him.

Turner hosted the current Park Vista Cobras team at spring training last March. “He’s a legend where we come from,” said one Cobra’s player. “I mean we look up to him, we all look up to him.” Turner answered all of the young players’ questions that day. Now they can ask him what it feels like to be a World Series champion.