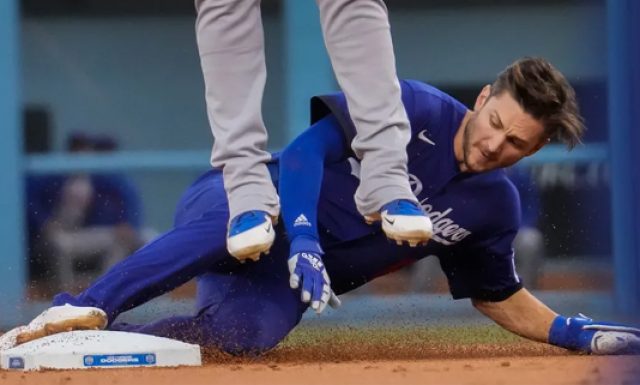 Trea Turner slides like no other ballplayer. If you need a reminder of just how beautifully he does it, here you go:

Though we all might think it’s something special, Turner himself thinks little of it.

“For me, it’s so I can do something easily and repeat it and be consistent at it,” Turner explained to Fabian Ardaya at The Athletic.

The slide is less about style, then—although Turner at least recognizes that his slide does, in fact, look cool—and more about making sure he can stay on the bases he swipes without hurting himself.

In addition to having the classiest slide there is, Turner is also tied for the title of fastest man in the Majors, according to Statcast, and has held the top spot since 2015.

To maintain his speed, Turner has trained at Athletes Advantage, a facility near his hometown in Florida, every offseason. His sessions focus less on getting faster and more on running form, recovery, an injury prevention.