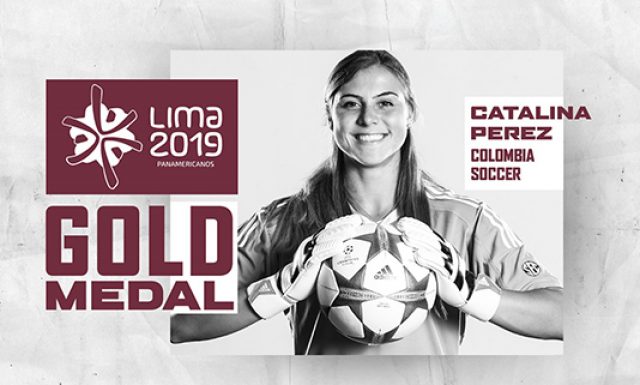 On a cool, 50-degree night in Peru, Perez and Colombia outlasted an Argentinian assault to win on penalty kicks. After Catalina Maria Usme scored for the Colombians in the 33rd minute, Argentina responded with a goal of its own in the 41st. The score would remain tied through 120 minutes of play, sending the teams to the penalty spot.

Every shooter found the net through the first six rounds. In the seventh, Carolina Colarias Vidal scored for Colombia, giving Perez a chance to end the match in sudden-death fashion with a save. While she didn’t get a touch on the ball, the Argentine’s shot sailed over the bar to hand victory and the gold to Colombia. Perez made six saves in the match, including two in extra time.

The Colombians never trailed in the tournament, allowing just six goals over five games, one of which was an own goal. Perez totaled 14 saves and posted two shutouts while in Lima. She is the first MSU soccer player to win an international medal of any kind. Additionally, the gold medal was Colombia’s first international title in women’s soccer.

While at MSU, Perez was a First Team All-SEC selection and Third-Team All-American. Her 1.00 goals against average in 2017 ranks third in single-season history. She recorded six shutouts on her way to nine wins, both of which are top-three single-season marks for the Bulldogs. Her career save percentage is fourth in school history.