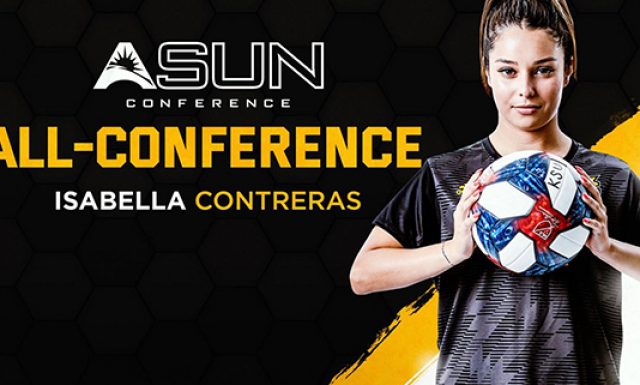 Atlanta, Ga. – Senior midfielder Bella Contreras took center stage for the Kennesaw State women’s soccer team as she was named to the ASUN Preseason All-Conference team, as announced by the conference Wednesday afternoon.

The Owls are slated to finish third in the Preseason Coaches Poll with 59 points. Lipscomb, with five first place votes and 75 total points, edged out FGCU’s 74 points and four first place votes for the top position.

After its best record in over 10 seasons, KSU looks to continue to build on last year’s 12-6-1 finish with another big showing in 2019. The Owls were a stone’s throw away from earning their first share of the ASUN regular season title since 2009, needing a win in last year’s season finale against Lipscomb. Despite dropping the match to the Bisons, KSU finished the year with a 5-3 conference record, its best finish since 2013.

Off that remarkable squad, KSU returns all but four letter winners and 10 of 11 starters. Offensively, the Owls bring back nearly 100 percent of its goal-scoring offense, accounting for 26 of their 27 goals from 2018.

KSU continues its preseason training in anticipation for the season opener at Mercer University on Thursday, Aug. 22.