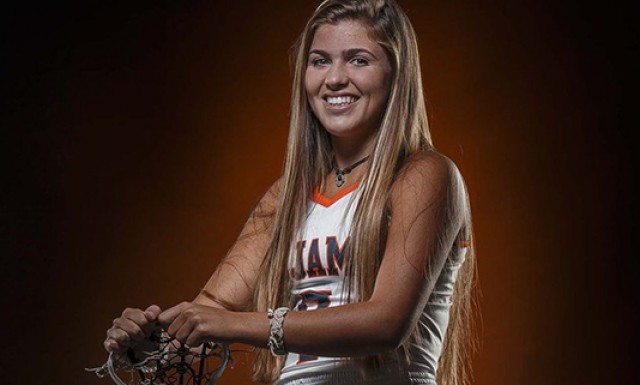 PALM BEACH GARDENS — Unlike most lacrosse players, Benjamin junior Autumn Ryan doesn’t get her biggest thrills from scoring a goal or notching an assist.

“The best feeling I get is when I know I’ve done something to make my coaches and my teammates proud,” Ryan said. “The sense of fulfillment that comes with that is pretty special.”

This past season they certainly had a lot to be proud of. Ryan was named a US Lacrosse first-team All-American midfielder while leading Benjamin to the regional quarterfinals. She finished the season with 89 goals and 30 assists. And now she’s been chosen the Post’s Girls Lacrosse Player of the Year.

Two years ago, Ryan, by her own admission, was a shy freshman who didn’t know anyone and would do whatever possible not to draw attention to herself. This year she morphed into a superstar.

Like most great players, Ryan didn’t only shine on the field. Benjamin entered this season having lost many of its best players to graduation, so Ryan took it upon herself to make sure the program didn’t miss a beat.

“I became more of a leader because I wanted to and that’s what the team needed,” she said. “We had eight freshman on this year’s team, so I wanted to make sure they got acclimated properly and I wanted them to know what type of team we are.”

Asked exactly what type of team Benjamin is, Ryan didn’t hesitate with her response: “Hard-working, dedicated and all chasing the same goal of going to state. It takes a serious commitment to be a part of this group and I wanted to be an example of that.”

Ryan makes it clear that none of her success would be possible without her teammates and coaches and as a reward for her hard work and leadership, she has already been named team co-captain, along with her best friend Riley Johnson, heading into next season.

“It’s a big responsibility and a challenge we’re both really looking forward to,” she said.

Ryan has already committed to attend college and play lacrosse at Lehigh University.

Now, as one of the most accomplished high school lacrosse players in the country, Ryan can’t help but look back at her younger self and laugh.

“It’s been a pretty incredible journey, and hopefully I can help the younger players accomplish similar things,” she said.