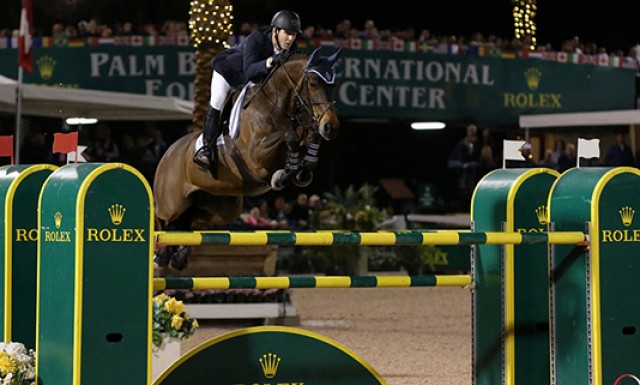 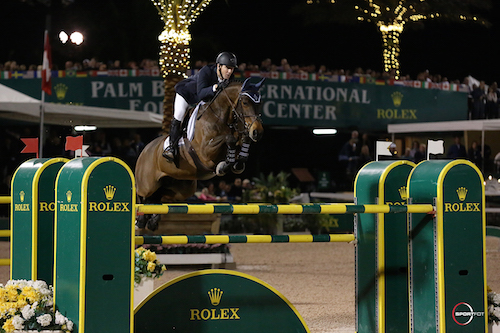 Steve Stephens (USA) designed the courses for Saturday’s competition. He set a challenging track for the $500,000 Rolex Grand Prix CSI 5*, the biggest class of the circuit, which yielded three entries to advance to the jump-off.

Bloomberg and Gotham Enterprizes LLC’s Lilli jumped first with eight faults in 44.39 seconds. Bluman returned next with one rail in 41.64 seconds. Last to go, Ward and HH Carlos Z knocked the top plank off the second fence, and everyone held their breath. The pair cleared the rest of the course, coming home in 41.25 seconds for the win.

“He is very careful and very competitive, but we did not buy him to jump this level of grand prix,” Ward detailed. “Last year in the summer we had to call on him a few times when Rothchild was resting for the WEG (World Equestrian Games) and he stepped up beautifully, including the Spruce Meadows Masters in September. We knew we had a little more in the tank than we had planned. I would say coming into WEF, it would not have been the horse I thought I would have ridden tonight, but as I always say to Mr. Harrison, he is one of those horses that is always worth getting dressed for because he is going to fight and try and dig. You really appreciate those kind of athletes.”

Commenting on his jump-off round, Ward explained, “With three in the jump-off, the plan was not going to be too complicated. Kent Farrington is a great friend and competitor and we were talking about it as we were warming up. Georgina had the unenviable position of going first. When Daniel had the fence down, I said to Kent, ‘Okay, we can win this two ways.’ That plank was a bogey; it was very dark up there with the crowd behind. It was hard to jump in the first round and even harder to jump in the second, so our plan was to try to go fast and clear obviously, but fast so that if you did have a fence down, you could make up the time. Luck was a little on my side. I had two weeks in the $1 million grand prixs where I lost by a hair and that is what sport is about. It is great. Probably at the end of the year that evens out; sometimes you are on the upper hand and sometimes you are on the lower.” 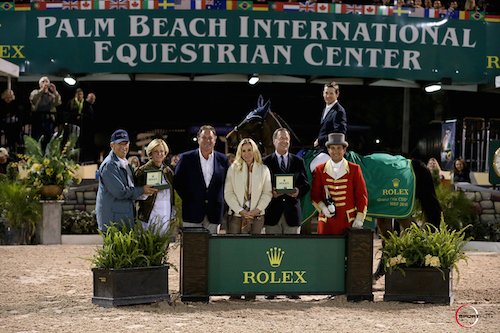 Along with the winner’s share of $165,000, Ward was presented the Dennis D. Dammerman Perpetual Trophy. The trophy was created to honor the contributions to equestrian sport of Dennis D. Dammerman, a longtime owner of horses and founding member of the Wellington Equestrian Partners. Ward was also awarded a beautiful timepiece courtesy of Rolex Watch USA.
Saturday marked Ward’s third win in the finale grand prix of WEF over the years. His last was in 2011. Commenting on the evening’s course, Ward noted, “It was very difficult, but it was forty of the best from the circuit. There was a very unique, eye opening triple combination. I cannot say I have ever seen three oxers in a row. It was a good test. There was the difficult bicycle jump, which is always tough. There were some careful jumps. You really had three planks on the course. That is what the test should be for this grand prix. It is the premier event of the season and obviously I liked the result.”

Watch McLain Ward and HH Carlos Z in their first round!

Second place finisher, Daniel Bluman, previously won the finale grand prix in 2012 and was out for a repeat, but the cards did not play in his favor this year. Bluman was still very happy with his mount, Sancha LS, and acknowledged the experience that he has gained since their first win.

“For me, this grand prix means a lot because I won it already once before,” Bluman stated. “I was a little bit young to win it back then and lots of things have happened since. I have learned a lot of things. This year, I was able to understand what I was doing right back then. I knew I was coming back to a jump-off with three riders and I was already very excited. Georgina has had an amazing circuit and would be a hard one to beat and I knew I had McLain coming after me. McLain is McLain. I opened the door for him to do it. It was great sport, and I am very pleased with Sancha and my whole team. I have nothing but good feelings in my heart right now.” 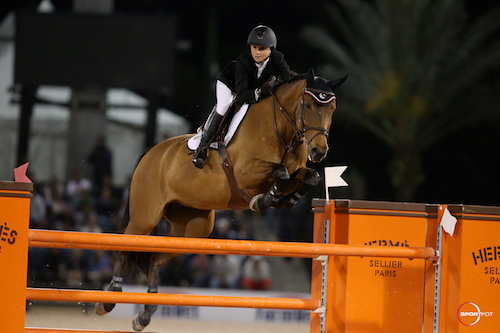 For Bloomberg, Lilli was a second horse that has stepped up to fulfill the grand prix role this winter and exceeded expectations.

“I have to echo what McLain said, that if you had asked me at the beginning of the circuit who I would be riding in the class, I probably would have picked Juvina,” Bloomberg admitted. “We have had a little bit of bad luck with Juvina for a couple weeks and she is back and healthy now, but we decided to give her one more week before Miami. It is such a nice surprise that Lilli has stepped up to be a horse that I never knew she could be. I am pleased to be ending the circuit with another top ranking horse. She really did save our year.” 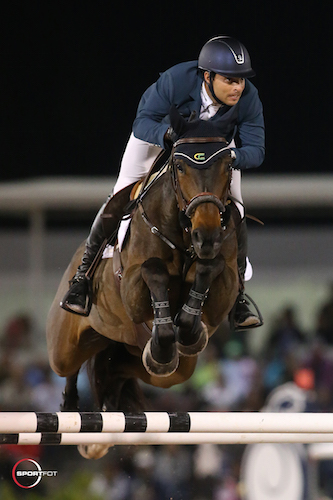 Commenting on the evening, Nicholson stated, “It is an honor to be involved. This is our second year and another successful year. We look forward to a very bright future with lots of improvements year after year. The level of competition is amazing, and we could not be happier to be down here.”

Bellissimo added, “The relationship we have had with Rolex has been inspiring for our organization. It is great to have a partner with such a great commitment to the sport, our venue and the organization. We are very proud of that relationship. With their help we have been able to have four 5* competitions here and I think that is very important for the sport, the venue, our organization and the riders. When we took over it was $2.6 million in prize money and I think it was close to $9 million this year. In general it has been great to see. The crowd here tonight was the best we have ever had. It is great to see it build every week. I think that is something that has never happened for the sport in this country.” 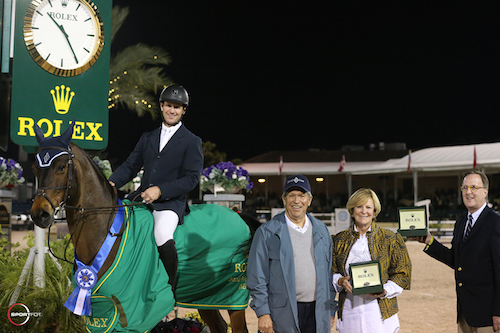 In addition to the grand prix, several other awards were presented Saturday evening for the final week of competition in Wellington. Ben Maher accepted the Simba Run Perpetual Trophy on behalf of Tatiana Korsakova as the owner of Diva II, the open jumper who has earned the most prize money in classes held at 1.45m or more during the 2015 WEF. Diva II’s groom, Daley Fischer, was presented with the Oliver O’Toole Perpetual Memorial Trophy, which is awarded to the groom of the horse who has earned the most money in the grand prix jumper classes. Artisan Farms was presented with The Harrison Cup Perpetual Trophy, which is awarded to the owner whose horses won the most jumper money in all of the open jumper classes held throughout the circuit.

Other awards included the Overall Leading Lady Grand Prix Rider for the 2015 circuit, which was presented to Meredith Michaels-Beerbaum (GER) on behalf of Martha Jolicoeur of Illustrated Properties. Eric Lamaze (CAN) and Artisan Farm LLC’s Fine Lady 5 were presented with the Overall Champion Equine Insurance Jumper Style Award, which is awarded to the jumper whose style best exemplifies a show jumper based on scope, rideability, technique and competitive spirit. Venezuela’s Emanuel Andrade earned the Hermès Talented Young Rider Award as the young jumper rider between the ages of 16-25 that has earned the most points in all WEF FEI rated jumper competition. Michael Hughes (USA) was the recipient of the USET Foundation’s 2015 Maxine Beard Award, an honor based on a rider’s competitive record and potential to represent the United States in international competition.

Photo Credit: Photos © Sportfot, An Official Photographer of the Winter Equestrian Festival, us.sportfot.com. These photos may be used only in relation to this press release and must include photo credit.