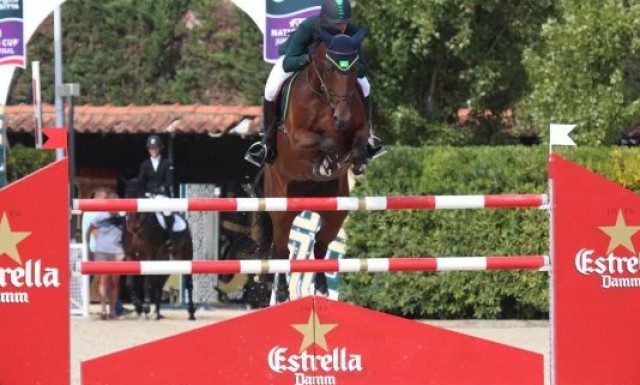 BARCELONA — Just like in 2011, it is Brasil that colors the ‘Queen’s Cup’ in Barcelona, Spain. Again the same rider, however, a different horse this time. Doda de Miranda speeded to victory in the 1.50m class. From the 67 starters only 19 qualified for the jump-off.

It seemed like nobody could beat Henrik von Eckermann and Gotha Frh’s time of 42.27 seconds. However Brasilian Doda de Miranda and AD Nouvelle Europe Z (by Nelson Z) had no problem with it, finishing in 40.19 seconds. Stephex-rider, Daniel Deusser, and First Class Van Eeckelghem (by Balou du Rouet) came close. The German Champion set the time in 40.53 seconds, placing second.