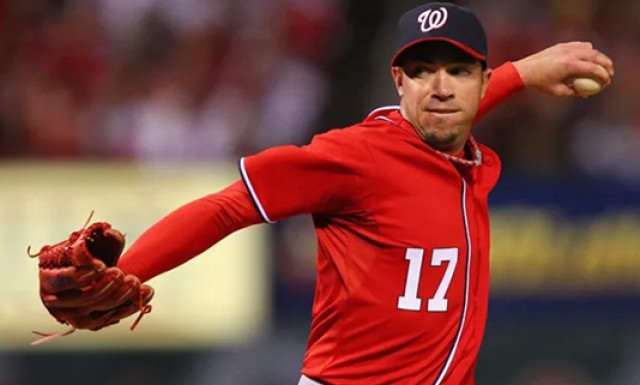 By Patrick Reddington for SB Nation

Burnett, 33, pitched for the Nats between 2010-2012 after he was acquired from the Pittsburgh Pirates, who selected the reliever with the 19th overall pick in the first round of the 2000 Draft.

Burnett put up a 2.81 ERA over 201 ⅔ innings out of the Nationals’ bullpen following the June 2009 trade that brought him and outfielder Nyjer Morgan over from the Pirates in exchange for right-handed reliever Joel Hanrahan and outfielder Lastings Milledge.

He signed with the Los Angeles Angels as a free agent following the 2012 campaign, but made just 16 appearances total for LA while dealing with elbow issues. He underwent his second Tommy John surgery in June of 2014.

Reed Johnson, 38, joined the Nationals last Spring after he was released by the Miami Marlins in late March, agreeing on a minor league deal that paid him $1M in the majors.

He didn’t last long, however, suffering an injury to his left foot in late April which eventually required surgery to repair a torn tendon. Johnson then suffered a broken rib (sneezing) while he was on a minor league rehab assignment.