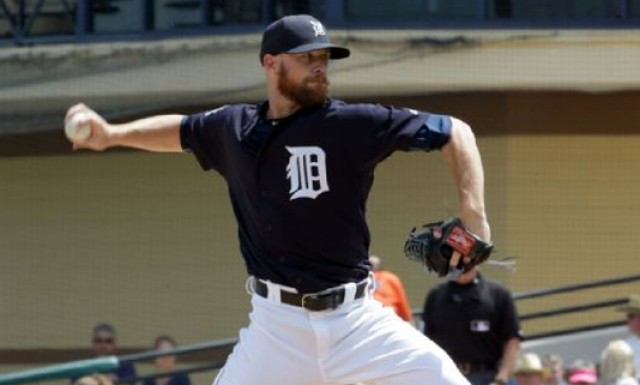 By Katie Strang for ESPN.com

LAKELAND — There was a point in time when pitcher Logan Kensing told himself he’d never play independent league baseball. No matter how dire his prospects were, he wouldn’t do that.

But then 2011 rolled around, almost seven years after he made his major-league debut for the Marlins, and Kensing found himself out of a job. He had undergone two back-to-back bone spur surgeries, which cost him the entirety of his 2010 season. He didn’t have any promising nibbles, no one calling to offer him an audition and he couldn’t entirely blame them, either (“Would you buy a car sight-unseen without test-driving it?” he asked).

Then came his point of reckoning. He could have walked away. Many people would have done so.

“I’m too stupid to do that,” Kensing told ESPN.com in a recent conversation, punctuating the remark with a self-deprecating laugh.

Despite the myriad stops and starts, some unfortunate injury luck, and the unforgiving facets of the baseball business — the latter of which can make even the most earnest player feel jaded — Kensing stuck with it. He loved the game. Still does.

In the 12 years since breaking into the league, the former second–round draft pick has accrued 154 games of major-league experience and 177 innings pitched. His trajectory through major and minor league clubhouses across the league has covered ground from Florida to Washington with detours in plenty of places between both coasts. And now Kensing will find himself in Detroit, because the 33-year-old journeyman reliever outlasted a crowded field to earn the last spot in the Tigers’ bullpen.

The last time he made an Opening Day roster?

“A long f—ing time ago,” he joked. “Honestly, I don’t remember when it was. It was the last millennium, it’s fine.”

Kensing entered camp as a longshot but defied the odds with an impressive spring and a propensity to throw strikes. Outing after outing, he proved he belonged, that he could be a dependable cog in the Tigers’ bullpen.

This is what manager Brad Ausmus had been told by Triple-A manager Lloyd McClendon when McClendon had Kensing in Seattle. He said Kensing could help the Tigers and McClendon proved to be right.

“He knows how to pitch. He knows what to do,” said catcher Jarrod Saltalamacchia, who has trained for years with Kensing in West Palm Beach, Florida, during the offseason.

He has good sinking action, Saltalamacchia said. A solid slider. An effective changeup split. People didn’t think he was necessarily going to make it with the Mariners last season but he was called up from Triple-A Tacoma in August and ended up appearing in 19 games.

It hasn’t always been easy on him or his family. For Kensing, who has one young son and one on the way, there’s always the questions, “Will he be around for Easter? Will he be around for July 4?” He can’t remember the last time he’s been able to say “Yes” to those. There are days where he brings work home with him, or doesn’t want to talk at all. Sometimes it was tough for Kensing to avoid becoming bitter, having endured the litany of indignities and shin-kicks the business has handed in his decade-plus in the game. But he has persisted nonetheless, befriending his competition and putting blinders on even when it came down to him to the final days of competition.

He described beating out fellow reliever Lendy Castillo out for the last spot as “bittersweet.” He’s happy for his own accomplishments, but he understands how devastating those cuts can be for others. He’s been through plenty of his own.

But that experience has served him well through camp and the Tigers hope it can assist him this season as well.

“He’ll be less intimidated by the atmosphere, the hitters,” Ausmus predicted.

He won’t be intimidated by the opportunity, either, but he will cherish it. As far as Kensing is concerned, “as soon as you pick up the first ball you pick up in pro baseball, the window is closing.” He doesn’t want to take this chance for granted.

“We’re always getting older. There aren’t many guys that get too many chances past a certain age,” Kensing said. “Every year, there are 300 kids who come in and try to take your job, whether they know it or not.”

Kensing knows that his career has already lasted longer than most. There is some pride in that persistence, but there remains plenty of unfinished business as well.