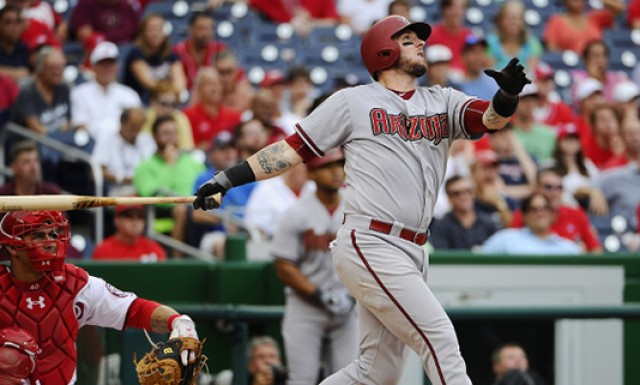 By Brad Faber for RantSports.com.

DETROIT — Back on Dec. 6, it was reported that the Detroit Tigers had reached an agreement with free agent catcher Jarrod Saltalamacchia. The signing came as somewhat of a pleasant surprise for Tigers fans.

After former Tigers catcher Alex Avila signed a one-year, $2.5 million deal with the Chicago White Sox back in November, most concluded that Detroit would most likely go with Bryan Holaday as the backup for James McCann in 2016. While it still remains to be seen how everything will work out in Spring Training and Holaday certainly does have the tools to be a solid No. 2 catcher at the MLB level, Saltalamacchia could give the team another veteran presence.

Saltalamacchia, who signed a three-year, $21 million deal with the Miami Marlins following a 2013 campaign in which he was part of a World Champion Boston Red Sox team, was released in May of this past season after a rather disappointing showing in South Florida. However, he was later picked up by the Arizona Diamondbacks and went on to slash a solid .251/.332/.474 with eight homers through 70 games with the Snakes.

Historically, the switch-hitting Saltalamacchia has been able to provide a steady bat from the left side as well (.772 career OPS against RHP vs. .621 OPS against LHP.) For as great as McCann was in his rookie season, he only had a .609 OPS against righties compared to a .916 OPS against lefties, so pairing him up with Saltalamacchia certainly makes sense.

Of course, with Saltalamacchia now in the fold, the Tigers could eventually find themselves in an interesting spot with Holaday, especially when considering the fact that he is out of options. If Holaday doesn’t win the No. 2 catching job, he could be lost on waivers if Detroit tries to send him back to the minor leagues.

That said, it is very easy to see why the Tigers would be interested in a backup catcher with pop from the left side and nine years of big league experience in Saltalamacchia. Detroit was very wise to bring Salty aboard.